Evidence | Rules of the Road

Getting in Your “Rules of the Road” Evidence 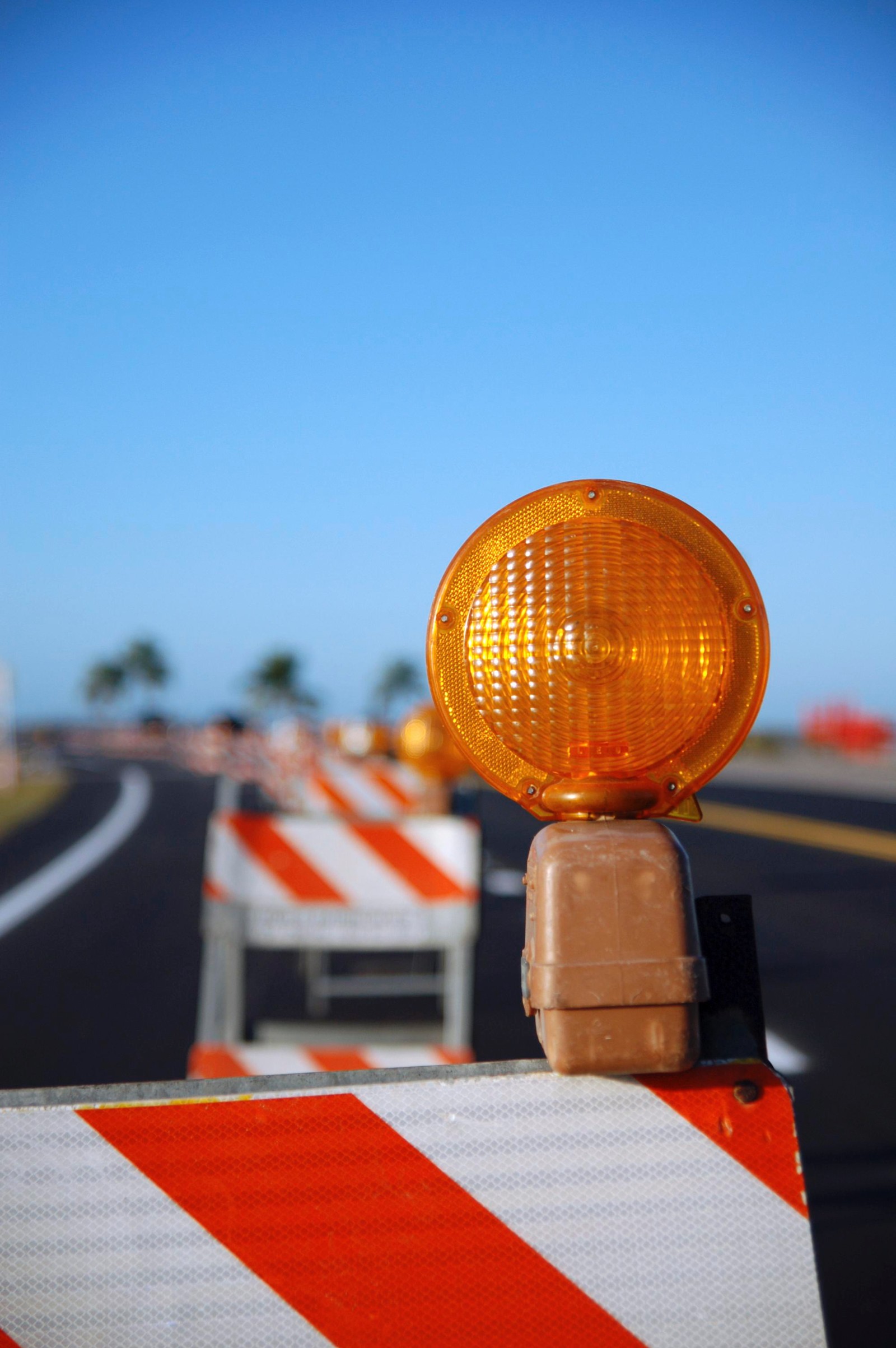 Most trial attorneys are familiar with Rick Friedman’s “Rules of the Road,” so much so that we frequently see listserv requests for “rules of the road” outlines on various issues. The technique is powerful—requiring a defendant, most often a corporate representative, to commit to “rules” that should never be broken and then forcing admissions that the rules were broken in your case. Here is an example from a road construction case we tried (and won) last year, where the construction company violated basic maintenance of traffic rules that its project leader was not even familiar with:

Q.    Every construction project that Roads, Inc. carries out, on our roadways in particular, raises public safety concerns in some way or another, true?
A.     Every project obviously has some safety concerns. Even a pothole somebody could trip and fall on it.

Q.    And Roads, Inc. agrees it should always operate in the safest possible manner when it’s out on the highways?
A.    Correct.

Q.     Roads, Inc. agrees it must follow the rules that govern the work that it’s doing at a particular project, right?
A.     Correct.

Q.     Roads, Inc. agrees it should immediately correct any hazardous or dangerous condition within its work zone so it does not needlessly endanger anyone, correct?
A.     Correct.

Q.     And it has a duty to keep an eye out for conditions that could be hazardous or dangerous not only to the folks working on the project, but to the public who are driving through that construction zone, right?
A.     Right.

Q.     And Roads, Inc., in order to carry out its work safely, has to be familiar with all of the applicable safety regulations and standards related to the work it’s doing, right?
A.     Right.

Q.     And the reason that’s important is because if they don’t know the rules, then somebody could be hurt or killed, right?
A.     Correct.

Q.     This is dangerous work, potentially, that Roads, Inc. does on a routine basis if the rules aren’t known and followed, right?
A.     Right.

Q.     Roads, Inc. agrees that as a company working in our community, it should be familiar with all the safety regulations and standards specifically relating to maintenance of traffic, or MOT, right?
A.     Correct.

When done effectively, these questions have no good answers (or, from the plaintiff’s perspective, have only good answers).  And so inevitably the defendant will object to admissibility, often characterizing this as irrelevant and speculative or as veiled “golden rule” or “conscience of the community” evidence.  How do you respond?

First, it is important to pose questions that relate directly to the evidence in your case.  It does no good to have a corporate rep commit to vague aspirational statements that are susceptible to a “conscience of the community” objection.  So, for example, in the colloquy above I tied the rules to members of the public and then directly to my client and her deceased son.  I later tied the responses to the project manager’s unfamiliarity with fundamental MOT requirements in an exchange that went a very long way at trial:

Q.    Again, the project manager for a number of projects with your company, including the Kingsfield Road project, is not familiar at all with the MUTCD [Manual on Uniform Traffic Control Devices]. Is that okay with Roads, Inc.?
A.     No.

Q.     And you’ve told me already, when Roads, Inc.’s people out there doing the work aren’t familiar with the rules, it creates a dangerous situation, right?
A.     Yes.

Q.     And you would expect, would you not, your project manager to know that when he’s overseeing a project of this size and importance?
A.     Yes, I would.

Q.     In retrospect, sitting here today, based on everything we’ve seen, would you agree with me it was a mistake to have Mr. Moylan as your project manager on this site?
A.     In light of what we just read, yes.

Tying the rules directly to the evidence in your case forecloses relevance objections as well as the defendant’s claim that the testimony is speculative.  This, of course, is the point of such evidence in the first place.  But the more times you relate the rules to specific facts or players in your case, the better your record and argument for admissibility.  It is likewise helpful to elicit testimony that following a given rule is an industry-wide practice or custom (supported, where possible, by actual standards).

Second, and most important in terms of evidentiary law, it is important to properly characterize this testimony as evidence of policy, practice, procedure, or custom.  If circumstances allow, I will announce that I am going to ask some questions about the corporation’s customs, policies, and practices before pursuing a “rules of the road” inquiry, creating a connection between the record and the caselaw that will be cited later to support admissibility.

Once “Rules of the Road” testimony is cast as evidence of internal or industry-wide policies, procedures, practices or customs, all of these cases support its admission, particularly if you have couched it in those terms within the deposition itself.  A jury instruction may be appropriate to dispel any notion that these “rules” establish the standard of care and, if requested by defendant, it is probably best to agree (and perhaps seek to include language that breach of the corporations’ own policies constitutes evidence of negligence).

Evidence relates to a collateral matter if it is not:

independently admissible to prove a relevant fact or issue; or
relevant to discredit a witness by pointing out bias, corruption, or lack of competency.

The trial court has discretion to prohibit cross-x on a collateral matter (§§ 403, 612)

If a witness is crossed on a collateral matter, counsel must “take the answer” and may not introduce extrinsic evidence to impeach the witness.

Extrinsic evidence is admissible if it concerns matters testified to on direct.
•    “In determining if the issue is collateral so that collateral impeachment by extrinsic evidence is disallowed, the question to be posed is whether the impeaching evidence would be admissible for any purpose other than contradiction. Two types of evidence pass this test: 1) evidence which is relevant to independently prove a material fact or issue; and 2) evidence which would discredit a witness by pointing out the witness’s bias, corruption or lack of competency.  It is well established that if a party crossexamines a witness concerning a collateral matter, the crossexaminer must ‘take’ the answer, is bound by it, and may not subsequently impeach the witness by introducing extrinsic evidence to contradict the witness on that point.  However, [i]n Florida, an exception to the so called collateral matter rule exists where the collateral extrinsic evidence sought to be introduced concerns matters testified to by the witness on direct examination … because the witness is said to have opened the door.”  Wilson v. State, 72 So.3d 331, 334 (Fla. 4th DCA 2011) (internal quotations and citations omitted).
•    “Interest, motive, and animus are never collateral matters on cross-examination and are always proper.” Ehrhardt, Fla. Evidence § 608.5 (2014).
•    “Although cross-examination into collateral matter is generally not permitted, the trial court has the discretion to permit the inquiry.” Ehrhardt, Fla. Evidence § 612.2 (2014).

NOTE: Some opinions have not been released for final publication.

Error to permit argument on otherwise inadmissible statement that plaintiff’s counsel failed to redact from plaintiff’s medical records.  Plaintiff claimed she slipped and fell on a pesticide defendant’s employee had sprayed on the floor.  The medical records included mention of plaintiff slipping in a puddle of water. The source of the statement was unknown.  Plaintiff’s counsel won a motion in limine to preclude references to the spilled water and redacted the records accordingly, but missed some references when redacting.  Defense counsel capitalized on this and argued that plaintiff was being dishonest about the cause of her fall.  The Second DCA noted that statements in medical records concerning the cause of the fall are inadmissible hearsay.  Plaintiff’s counsel’s failure to redact all references in the records did not give defense counsel the right to argue inadmissible evidence to the jury.  The court noted that even documents already admitted into evidence may be further excised before publication to the jury if appropriate. Andreaus v. Impact Pest Mgmt., 2015 WL 486674 (Fla. 2d DCA Feb. 6, 2015).

Defendant apartment complex is not entitled to a directed verdict where plaintiff introduces evidence of an inoperable security gate together with evidence of a recent history of opportunistic crimes.  The inoperable security gate distinguished this case from an earlier decision involving an open entry with room access through outside stairways and balconies. Sanders v. ERP Operating Ltd. P’ship, 2015 WL 569041 (Fla. Feb. 12, 2015).

Trial court may consider payment of insurance in determining whether a first-party insurer waived its misrepresentation defense or confessed judgment.  Plaintiff was found to have made a material misrepresentation and the trial court entered summary judgment rescinding the policy over plaintiff’s objection that the carrier had waived its misrepresentation defense and confessed judgment by making payments after the action had been filed.  The insurer successfully argued to the trial court that 90.409 (prohibiting evidence of insurance payments to establish liability) precluded consideration of its payment history.  The First DCA reversed on this point, holding that the rule prohibits evidence of paying medical expenses to prove an insured’s liability for an accident, but “not for an insurer’s obligation to make payments for or on behalf of its insured as a result of injury or accident.” Echo v. MGA Ins. Co., 2015 WL 631511 (Fla. 1st DCA Feb. 16, 2015).

Make your proffer!  A criminal defendant appealed the trial court’s limitation on defendant’s cross-examination of the victim.  The Fourth DCA upheld the trial court because defendant failed to proffer the evidence: “Without a proffer it is impossible for the appellate court to determine whether the trial court’s ruling was erroneous and if erroneous what effect the error may have had on the result.” Pearlman v. State, 2015 WL 548134 (Fla. 4th DCA 2015) (quoting Finney v. State, 660 So.2d 674, 684 (Fla. 1995)).

Establishing the hearsay exception for past recollection recorded.  “In Florida, the admission of past recollection recorded under section 90.803(5) requires the witness to do two things: First, indicate that the statement was made at a time when the events were fresh in his or her mind, and second, attest to the accuracy of the memorandum or record.”  It is admitted as substantive evidence when these requirements are met. Clairvin v. State, 2015 WL 477808 (Fla. 5th DCA Feb. 6, 2015).

Heavily redacted video held inadmissible. The state sought to introduce a video aired on the television show The First 48, which included only 5 minutes of a two-hour interrogation.  No attempt was made to obtain the unedited footage and apparently portions of it had been destroyed.  The Third DCA upheld the trial court’s exclusion of the video because it “was so heavily redacted that the available portions were deprived of relevance.”  Consider its application to surveillance footage. State v. Cummings, 2015 WL 445199 (Fla. 3d DCA Feb. 4, 2015).

There are three ways to lay a foundation for the business records exception.  (1) The proponent may “take the traditional route, which requires that a records custodian take the stand and testify under oath to the predicate requirements.” (2) The parties may stipulate to the admissibility of a document as a business record.  (3) The proponent may “establish the business records predicate through a certification or declaration that complies with sections 90.803(6)(c) and 90.902(11), Florida Statutes.” Bank of New York v. Calloway, 2015 WL 71816 (Fla. 4th DCA Jan. 7, 2015).