< Return to Masters of Justice Page

Honoring the Florida Justice Association's Past & Future
The Founders of the Academy of Florida Trial Lawyers believed in freedom, equality and justice - principles they passionately defended. To commemorate this legacy, the Florida Justice Association will recognize the honorable leaders whose lives are a reflection of their sacrifice and service to preserving justice at the 2015 Founders Awards Luncheon.

The Perry Nichols Award is the highest honor the FJA bestows, and gives recognition to an individual who has dedicated a lifetime to the pursuit of justice through extended and distinguished service to the cause of justice in Florida and in the nation.

Al J. Cone Lifetime Achievement Award honors the accomplishments of Al J. Cone, a founder of the Florida Justice Association and its first president. This award recognizes a career of leadership, example setting, devotion and courage.

Jon E. Krupnick Award is awarded for efforts on behalf of a particular client reflecting relentless commitment, perseverance and fortitude to seek justice and achieve success through all obstacles and legal roadblocks encountered.

This award is given in recognition of strong leadership, determined advocacy and steadfast commitment to the protection of children and consumers on Florida's roadways throughout their legal career.

The Rising Star Award
The Rising Star Award recognizes FJA members that show exemplary promise as a future leader of the Florida Justice Association; who demonstrates a commitment to deveoping legal, legislative, and civic responsibility in themselves and others and whose work reflects a strong emphasis on defending the Civil Justice System. The two award winners will be announced at the Founders Awards Luncheon.

*Fred Cunningham will be awarded at the 2016 Workhorse Seminar

You can purchase individual tickets to the luncheon, or contact Lee Phillips regarding table sponsorships.
Click here to email Lee Phillips or call (850) 521-1033

Special Thanks to our Exclusive Luncheon Sponsor! 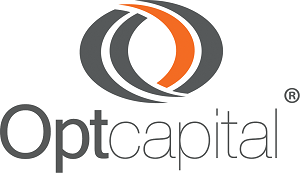 < Return to Masters of Justice Page